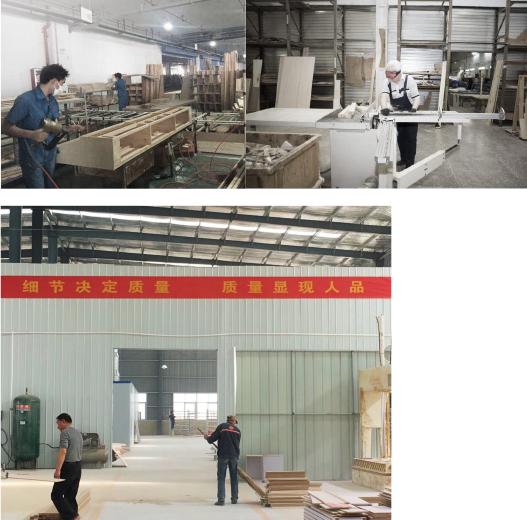 Our Factory.
Xindian Factory
We and anhui, respectively, set up factories in Shanghai, the Shanghai factory is located in the qingpu waterford show road economic development zone, covers an area of 2000 ㎡. Anhui factory is located in the China traditional Chinese painting of the township of suzhou city xiao county economic development zone, covers an area of 6000 ㎡. The factory has more than 100 employees, including a woodworking workshop, a paint workshop, an iron art workshop and a display room for finished products.
For a long time, xindian factory takes "happy culture" as the core, takes the new craftsman attitude of striving for perfection as the criterion, to polish every living product, and keeps the details in mind to determine the quality, and the quality shows the resounding slogan of human character.
We create a happy enterprise, achieve happy employees, let more people live a happier life, xinpoint with a broad mind and innovative power, leading the way, write 100 years of brand aspirations.
More +
To learn more

Craftsmanship.
Carefully selected materials craftsmanship
Each board of xindian factory has its story, it may stand out from each other, but without exception, adhering to a journey of pure manual and machine mutual: from manual material selection, manual planing, manual painting to manual quality inspection, to machine upgrading, respecting and adhering to furniture and exhibition cabinet aesthetics; It does not discipline, but inadvertently, the hands of the tens of millions of love has been subject. After inheriting and touching the value of the craft, you will understand xindian's exploration and thinking of each product, and you will also deeply feel that xindian is worthy of cooperation.
Our Team.
Xindian team
We strive for excellence, uphold the spirit of craftsman, with the professional to achieve every detail perfection, practical and customer communication, create standard engineering 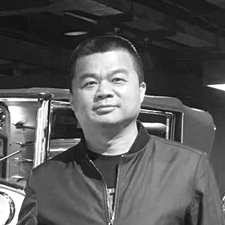 More +
Learn more about the case

Shop along the street decoration, do not keep the rules?

Brutal decoration is not uncommon

Do you think that there is a lot of damage to the street decoration? 72.42% of the respondents considered a lot of harm; 15.46% of the respondents expressed little harm; only 12.12% of the respondents said there was no harm. Who lives in the Riverside Village, said Miss Zhang, the last weekend with the children to the downtown port pedestrian street to play and found a side of the roadside shop next to the shop is Daxing civil, every day to smell the thick paint smell, electric drill issued a violent sound, workers The waste bricks, lime dumped in the shop door, sidewalks piled up a hill, pedestrians have detours, a burst of wind blowing, lime and sand was rolled up around. "I saw the situation, I quickly took the child to escape.

What are the main hazards of decoration?

Sanitation workers Wu aunt holding a broom in front of the road in Shandong, a lot of garbage to worry about, wood, glass, plastic foam and other construction waste and plastic lunch boxes, melon shells and other living garbage mixed together. Next to a store is being renovated. Wu aunt said, the store decoration for many days, the construction of garbage dumps are located in the door next to the trash, and so on at night when there will be a tricycle construction waste will be cleared. Although the store will eventually clean up the construction waste, but Wu aunt said that construction waste so long stacked in the trash next to not only damage the streets of clean and tidy, but also affect pedestrians, vehicles pass. "Many stores are so, and they told not to pile on the road do not listen." Wu aunt feel helpless.

Whether the decoration behavior can be regulated